State and Divisional Leaders from The Salvation Army’s Arkansas & Oklahoma Division travelled to the State Capitol building in Little Rock on Monday to meet with Governor Asa Hutchinson. Lt. Colonel Dean Hinson, Divisional Commander, as well as Majors Bill & Stephanie Mockabee, Central Arkansas Area Commanders, requested the meeting with Governor Hutchinson to speak on the work that The Salvation Army is carrying out across the state.

Serving over 75,000 Arkansans last year alone, The Salvation Army has seen an increase in those who request assistance from The Salvation Army to make ends meet as the global COVID-19 pandemic continues to affect the job market and general economy.

“It was a pleasure meeting with Governor Hutchinson and highlighting the work of The Salvation Army in Arkansas. He was very receptive and appreciative of our ministry of meeting human need and commenting on our spiritual emphasis,” said Divisional Commander Lt. Colonel Hinson. “I was honored to represent the officers, soldiers, employees, and volunteers and I pass along the Governor’s ‘thank you’ for what they are doing for the people of Arkansas.”

Lt. Colonel Hinson’s highlights of The Salvation Army’s work in the state of Arkansas included serving over 314,000 meals, providing shelter totaling over 64,000 nights of lodging, over 40,000 food boxes ensuring that household pantries were not empty, and over 59,000 Christmas gifts to children and older adults across the state. For more information on the services of The Salvation Army’s Arkansas & Oklahoma Division, or to learn how you can partner with us in carrying out our mission, please visit SalvationArmyAOK.org 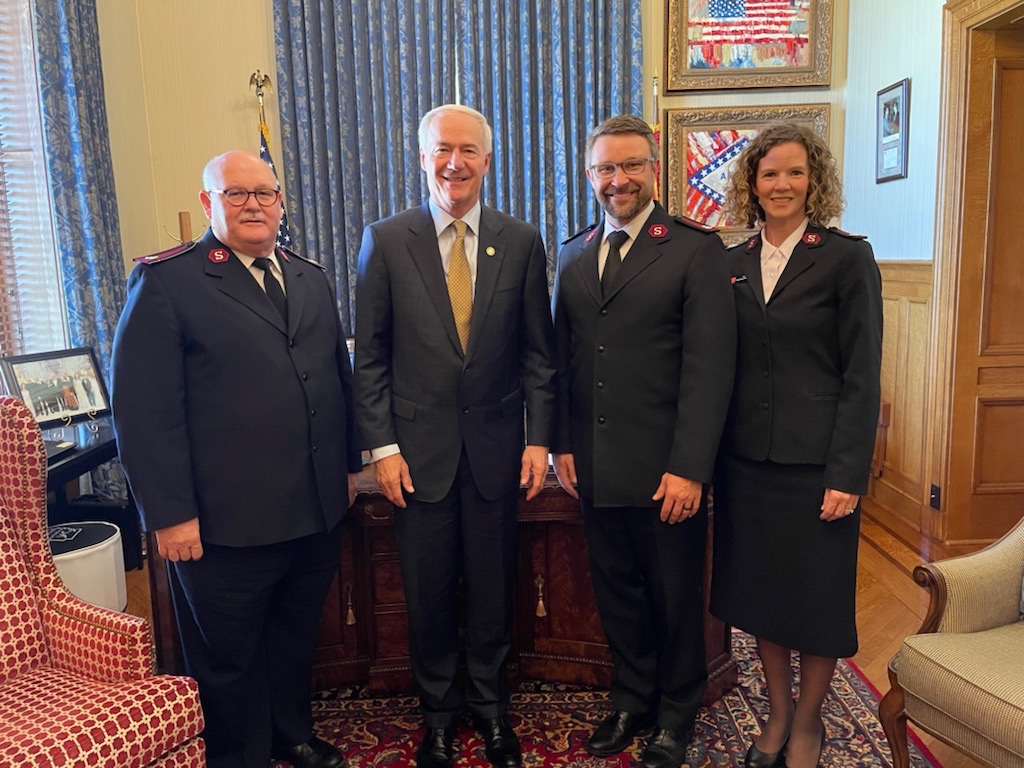