The Salvation Army, an international movement, is an evangelical part of the universal Christian Church. Its message is based on the Bible. Its ministry is motivated by the love of God. Its mission is to preach the gospel of Jesus Christ and to meet human needs in His name without discrimination.

Founded in London in 1865, The Salvation Army quickly circled the globe — going into the streets to minister to the poor and destitute — and now serves in 127 countries. Over the next several decades, The Salvation Army grew rapidly. Programs evolved to meet changing needs, but remained focused on “Sharing God’s love by serving others.”

The Salvation Army arrived in Texas in 1889 thanks to a former Italian Navy Captain, Adam Janelli, who had witnessed the ministry of the Army in India. Janelli came to America and settled in Dallas, TX where he would write letters to General William Booth in London asking that Officers be sent to Texas. In 1889, The Salvation Army was established in Texas. Today, we have a presence in all 254 counties in the state, have more than 155 Officers--all of whom are ordained ministers, more than 1,600 employees, and thousands of volunteers, all committed to furthering the mission of The Salvation Army and helping those in need in Jesus’ name. 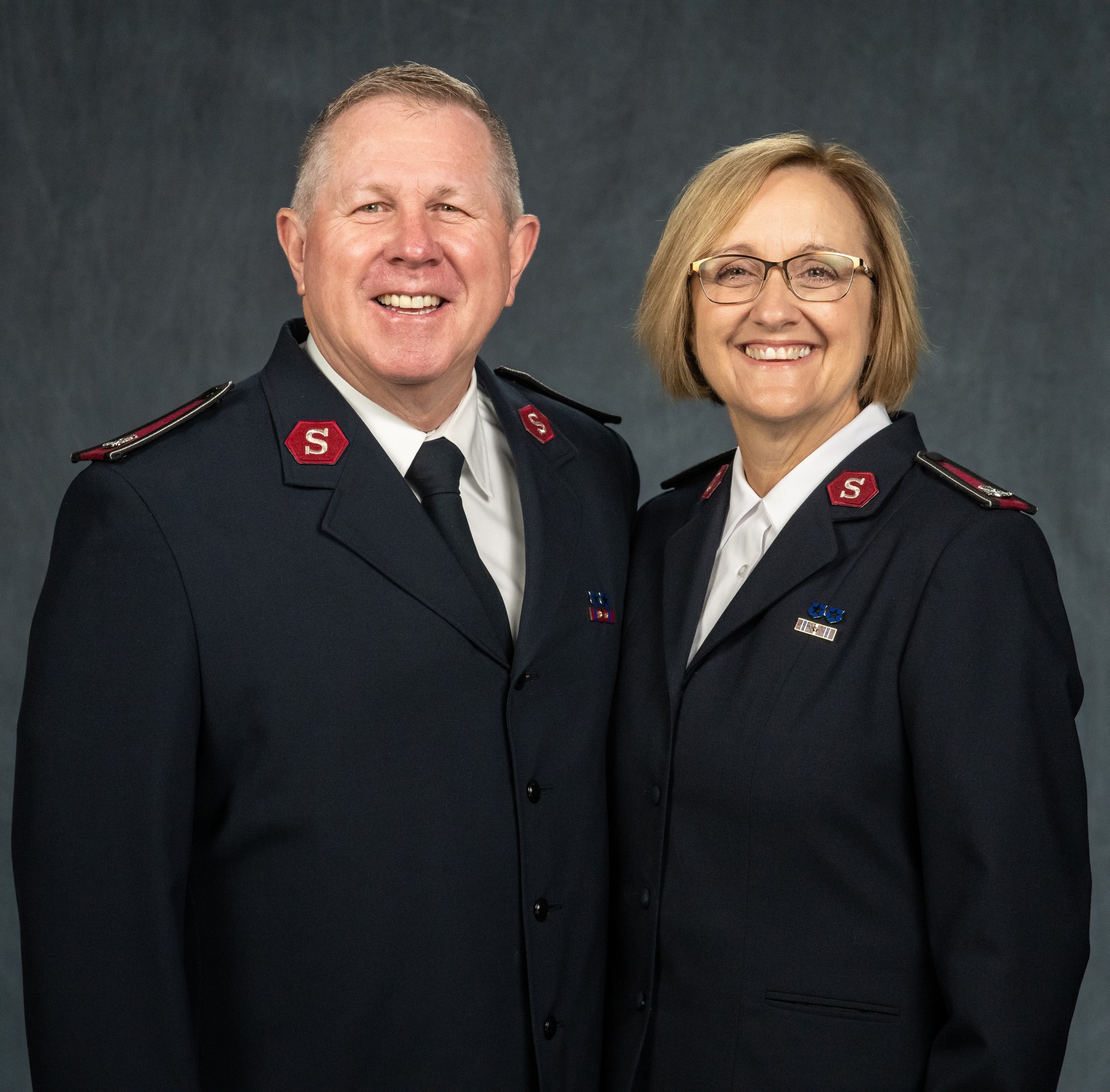 Lt. Colonel Art Penhale was commissioned as a Salvation Army Officer in 1981.  The son of Arthur and Faye Penhale, he is a second-generation Salvationist who grew up in the West Palm Beach, FL Corps.
Lt. Colonel Ann Penhale is a first-generation Salvationist.  She was born and raised in Mississippi and is a graduate of the University of Southern Mississippi with a Bachelor of Music Education.   After graduation from USM, she moved to Dallas, Texas to work in the music department of The Salvation Army.  It was in Dallas that she met her husband, then Lt. Art Penhale.

Lt. Colonels Penhale have served as corps officers in three different corps - Portsmouth, VA, Montgomery, AL, and Fort Myers, FL. They have also served on the staff of the Evangeline Booth Training College, as Divisional Youth Leaders in Maryland/West Virginia and Florida, as Territorial Youth Secretaries for the USA Southern Territory, as the General Secretary and Divisional Secretary for Women’s Ministries for the Kentucky-Tennessee Division/Area Commanders for the Louisville Area Command, and then as the Divisional Commander and Divisional Director of Women’s Ministries and Officer Development in both the Maryland-West Virginia and Kentucky-Tennessee Divisions.

They love young people and especially their own children; their son, Paul and his lovely wife, Jillian, grandchildren Anthony, Antterrio, and Rose, and their daughter, Sarah and her wonderful husband, Jerry, all who live in Tampa, Florida.