THE SALVATION ARMY IN GEORGIA

On October 19, 1890, The Salvation Army began its work in Georgia – by proclaiming the Gospel on Atlanta’s city streets. Its “grand opening” was a small but significant affair, beginning with the open-air evangelistic service on the street corner and proceeding to a meeting in their newly rented assembly room.

The Salvation Army in Atlanta grew slowly, and by the end of January 1891, the Army had enlisted 30 soldiers. On April 12, 1891, the second official Corps opened in Georgia – in Augusta.

By 1895, the mission was again gaining ground. Columbus opened in 1895, Rome in 1897, Macon in 1899 and Brunswick and Savannah in 1900. Other cities followed. In the years to come, many Corps would flourish. Atlanta’s central location and economic strength made it a perfect place for Territorial Headquarters.

HISTORY OF THE SALVATION ARMY 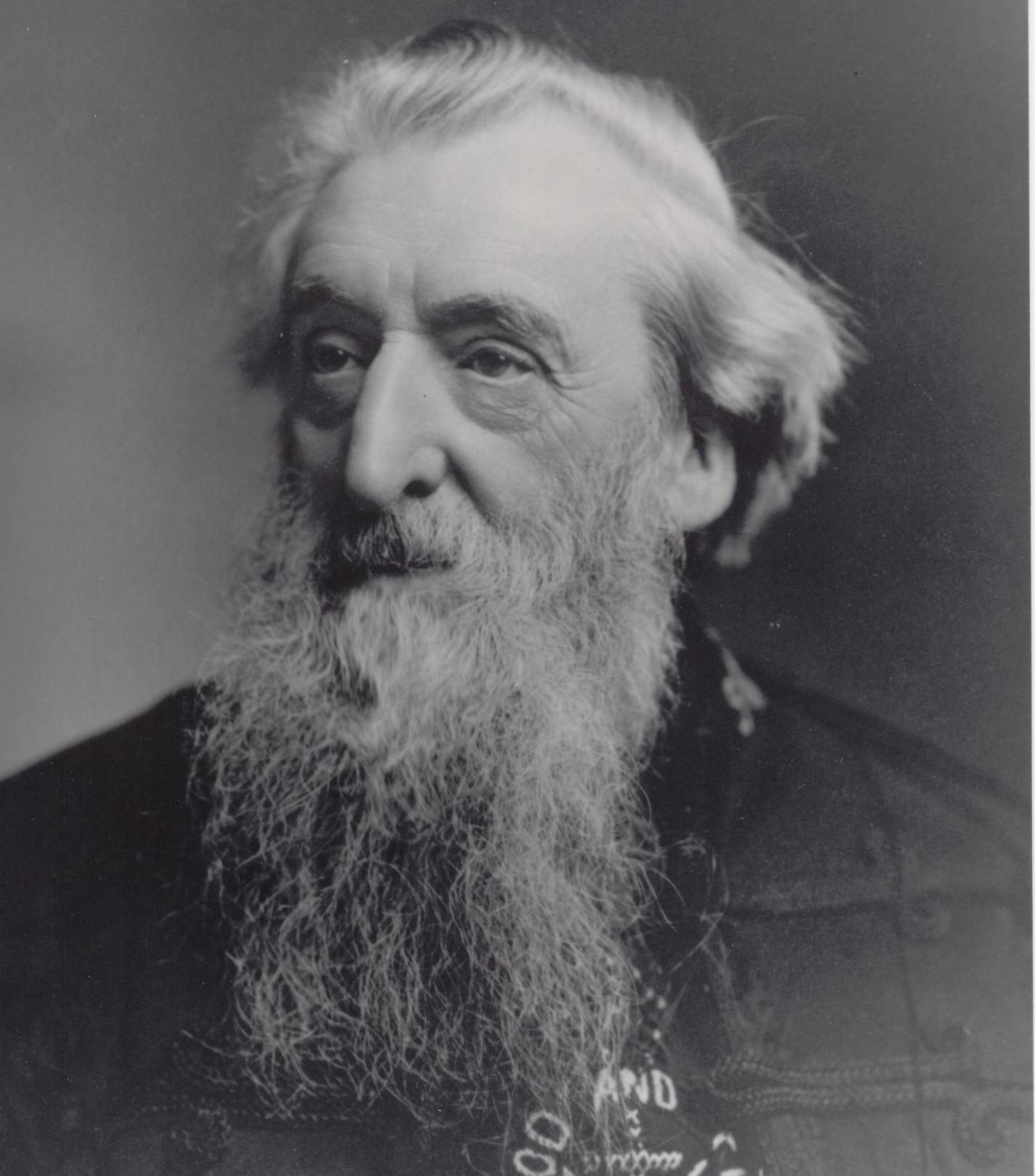 The Salvation Army began in 1865 when William Booth, a London minister, gave up the comfort of his pulpit and decided to take his message into the streets where it would reach the poor, the homeless, the hungry and the destitute.

His original aim was to send converts to established churches of the day, but soon he realized that the poor did not feel comfortable or welcome in the pews of most of the churches and chapels of Victorian England.

Regular churchgoers were appalled when these shabbily dressed, unwashed people came to join them in worship.

Booth decided to found a church especially for them — the East London Christian Mission. The mission grew slowly, and Booth’s faith in God remained undiminished.

In May of 1878, Booth summoned his son, Bramwell, and his good friend George Railton to read a proof of the Christian Mission’s annual report. At the top it read: THE CHRISTIAN MISSION is A VOLUNTEER ARMY. Bramwell strongly objected to this wording. He was not a volunteer: he was compelled to do God’s work. So, in a flash of inspiration, Booth crossed out “Volunteer” and wrote “Salvation”. The Salvation Army was born.

By the 1900s, the Army had spread around the world. The Salvation Army soon had officers and soldiers in 36 countries, including the United States of America. This well-organized yet flexible structure inspired a great many much-needed services: women’s social work, the first food depot, the first day nursery and the first Salvation Army missionary hospital. During World War II, The Salvation Army operated 3,000 service units for the armed forces, which led to the formation of the USO.

the salvation army of toccoa was established in 1993

While The Salvation Army today is a respected and vital part of communities all over the state of Georgia, times were a little different in 1890. Some of the rougher elements of Atlanta society in those early days often greeted Salvation Army officers with salutations of over-ripe eggs, broken windows, and threats of violence. Getting to meetings in the early days often proved a battle in and of itself. Those who ran the local saloons and brothels constantly harassed and assaulted the Salvationists. In 1892, Captain Davis and Sergeant Brown, then in charge of the Atlanta Corps, were arrested for selling The War Cry, the Army’s official publication.

Victory was hard won, but Captain Anna Glosser eventually stopped the harassment by winning the hearts of the local community. She soon had a large and dedicated core of the newly saved that marched with her through the streets of Atlanta, beating drums and playing horns to attract attention. The scandalous novelty of hearing a woman preach brought hundreds of men, women, and children into the streets to hear the Good News. Many followed the Salvationists as they went to their meeting place at Marietta and Spring Streets, packing it out to standing room only, the floor covered with sawdust. 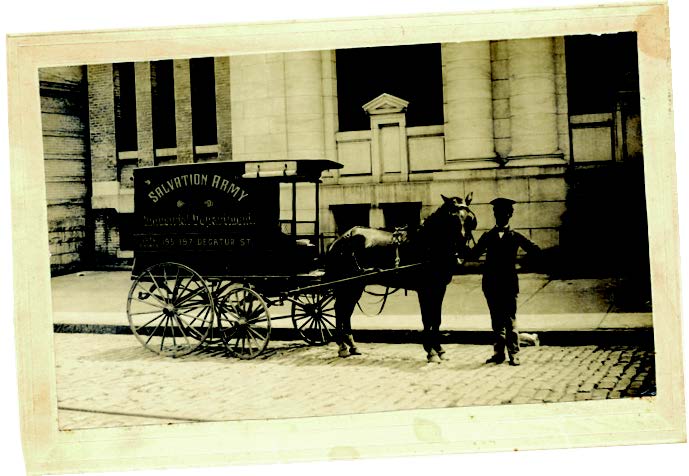 As the 20th century dawned, Atlanta was a thriving city, having been promoted to potential investors by Henry Grady, editor of the Atlanta Constitution, as the “New South” that would be based upon a modern economy and less reliant on agriculture. However, the rest of the state was heavily rural with an economy still based on cotton. The need for The Salvation Army was great and it expanded to meet the needs of people throughout the state by recruiting cadets, visiting those in jail, and gathering food for the needy.

Over the years, The Salvation Army provided a strong, steady, and capable witness in the state of Georgia with a continuingly expanding program. Now there are camping programs for underprivileged children and youth, emergency food, shelter, and assistance programs, Christmas toys and food for tens of thousands of our neediest neighbors, shelter for the homeless and battered, youth sports teams, gang prevention and intervention, infirmary care for the homeless, veterans services and ministry to military families, senior services and visitations, shelter and services for pregnant and at-risk girls and new opportunities for service keep arising. 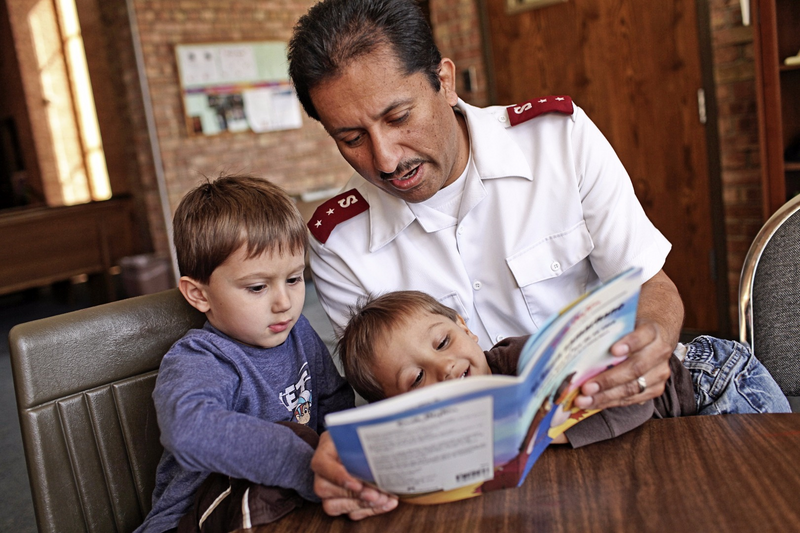 Every year the services and programs provided by The Salvation Army are in great demand. Continued financial support from the community is crucial through donations from individuals and corporations, and funding from foundations and grants. The organization graciously accepts these gifts and responsibly shepherds them to the neighbors who need them most. Fiscal responsibility is steadfast; for every dollar donated, more than 83% goes directly to programs and services.

If the past is an indication of the future, then the outlook for The Salvation Army in Georgia is bright. Locations, buildings, and methods may change, but the challenge to meet human needs without discrimination in Christ’s name remains the same.