Learn more about The Kroc Center in the Mississippi Gulf Coast.

The concept of a Salvation Army community center on the Mississippi Gulf Coast first began in 2002 with a $2 million donation from Joan Kroc, widow of McDonald’s franchise founder Ray Kroc. Although the project was delayed due to the devastating effects of Hurricane Katrina on the Mississippi Gulf Coast, our leadership’s vision never wavered. The project scope continued to expand, and in 2009, the final tally culminated in a multi-million-dollar gift from The Salvation Army, courtesy of a donation from the estate of Mrs. Kroc, to Gulf Coast residents for the construction and future operation of The Salvation Army Ray and Joan Kroc Corps Community Center.

In keeping with Mrs. Kroc’s charge that every Kroc Center be a beacon of hope and an agent of change in an under-served community, the Salvation Army Kroc Center is located in the very heart of the East Biloxi Community, at the historic Yankie Stadium. The Center provides facilities, programs and services that encourage positive living, offer life-changing experiences for children and adults, strengthen families and enrich the lives of seniors. These facilities, programs and services promote educational enrichment, life skills development and spiritual and physical wellness.

While The Salvation Army Kroc Center is ideally located to meet the needs of underserved residents, the programs and services provided are being designed to serve as a magnet that will attract the entire coast community, be financially self-sustaining and further the mission of The Salvation Army.

The Salvation Army Ray and Joan Kroc Corps Community Center aims to enlighten children and families of the Mississippi Gulf Coast to a variety of people, activities, and arts in order to build character, stabilize families, and restore a sense of community.

Vision Statement As an expression of The Salvation Army’s mission, the vision of a Salvation Army Ray and Joan Kroc Corps Community Center is to provide opportunities for all to discover and develop their full potential through Christ-centered, professional quality programs

Joan Kroc, wife of McDonald’s founder Ray Kroc, said that she took a tour of San Diego and it was then that she recognized a community that was in desperate need of a safe gathering place, a place with facilities and trained professionals to nurture children’s social skills, arts appreciation and athletic potential. She described The Kroc Center as being a beacon of light and hope in the community.

Mrs. Kroc entrusted The Salvation Army with $90 million to build the first Kroc Center in the Rolando neighborhood of San Diego. Sadly, she passed away a little more than a year after it opened. She was so pleased with what was accomplished here that she left $1.5 billion to The Salvation Army to build centers like this across the country. Today, there are 26 Kroc Centers nationwide

We can help bring our city together by declaring our love to all of its children and showing them the faith we have in their future. 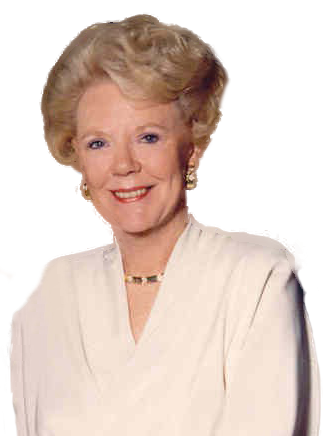 The Salvation Army, an international movement, is an evangelical part of the universal Christian Church. Its message is based on the Bible. Its ministry is motivated by the love of God. Its mission is to preach the gospel of Jesus Christ and to meet human needs in His name without discrimination.

Learn More About The Salvation Army

The Salvation Army Ray and Joan Kroc Corps Community Center of the Mississippi Gulf Coast provides an array of career opportunities for qualified individuals who seek to “Do The Most Good” for their community and those whom they serve.  The Kroc Center provides recreation, education, and arts programs through a state-of-the-art facility for both local and metro-wide residents.  Help us open the door to a world of potential!

As an employer, we strive to offer a competitive compensation package.  What sets us apart from other employers is our organizational commitment to helping those in need as stated in our mission statement, which reads, “Our mission is to preach the gospel of Jesus Christ and meet human needs in His name without discrimination.”

We think you will find a career at The Salvation Army Ray and Joan Kroc Corps Community Center – an experience more rewarding than you can imagine!

Thank you for your interest in being part of the Kroc Team!

The Kroc MS Coast Officer's & staff consists of a wide spectrum of hard-working men and women who share in the vision to transform and restore lives on the Mississippi Gulf Coast.

Major Jerry Friday comes to the Mississippi Gulf Coast after serving 15 years at The Salvation Army Southern Territorial Headquarters in Atlanta as the Territorial Conference Director and the Territorial Mission and Cultural Ministries Secretary.

Originally from Midland, Texas Jerry graduated from The Salvation Army School for Officers’ Training in 1983 and served for almost 10 years in Texas, Arkansas, Oklahoma, Kentucky, and Georgia before being assigned to the army’s headquarters in Tampa, Florida and then Atlanta, Georgia. For almost 10 years Jerry worked for an international event production company and as marketing director for a national software company.

As an event producer, Jerry worked with such artists as Amy Grant, T Graham Brown, Reba McIntyre, Usher and Gladys Knight, to name a few, and is excited to bring to the coast his experience in special events.

Jerry is passionate about mentoring young people and looks forward to the opportunity to work with the staff and volunteers of the Mississippi Gulf Coast building on the tremendous work The Salvation Army has provided here for almost 115 years.

Majors Young and Heeran Lim are the Congregational Life Officers of the Gulfcoast Kroc Center. They are originally from Korea and immigrated in the mid ’90s. God called them to serve people through The Salvation Army, where they joined the “Believers” session and graduated from the now Evangeline Booth College in 2003. They were commissioned to Winston-Salem, North Carolina. During their time in North Carolina, they established what is now known as the Kernersville Corps. They ministered there for 15 years. They have also had an appointment as corps officers at the Louisville South Corps in Louisville, KY.

After a short time away, they were re-commissioned to be the Congregational Life Officers of the Gulf Coast Kroc Center. While this area is new to them, they have fallen in love with the charms of Mississippi. Majors Young and Heeran love to interact with people and share the love of God. If you see them around the Kroc Center, please say hello!! While there may be small language barriers, the love they have for people and for God knows no barriers. They have two wonderful children: Jiwon, who is a dentist in North Carolina, and Jihoon, who has just completed his first year of medical school in Florida.

Lt. Carla Lawson is a first-generation Salvationist who has a passion for leadership and youth ministry. After graduating High School in Northern Virginia, Carla attended Bridgewater College to pursue a career in Art Education. While there, Carla felt God leading her in another direction—as an officer in The Salvation Army.

After working in Public Safety and on to Youth Ministry, Carla moved to Mississippi to further her ministry with youth as a Christian Education Director with The Salvation Army. Unable to escape God’s calling on her life, Carla was accepted in the Messengers of Compassion session attending The Salvation Army’s Evangeline Booth College in Atlanta, GA. Carla was Commissioned and Ordained in June 2019 and has been appointed by The Salvation Army to Pascagoula, MS as the Corps Officer for her first appointment. Her favorite pastimes include painting, outdoor activities, and learning more about our Creator. Encouraged by the culture and community of Jackson County, Lt. Lawson is thrilled to be a part of all that God is doing on the Mississippi Gulf Coast and looks forward to all she can do to preach the gospel and meet human needs in Jackson County.

Call Us Email Us